What’s the difference: heirloom vs hybrid vs open-pollinated seeds? 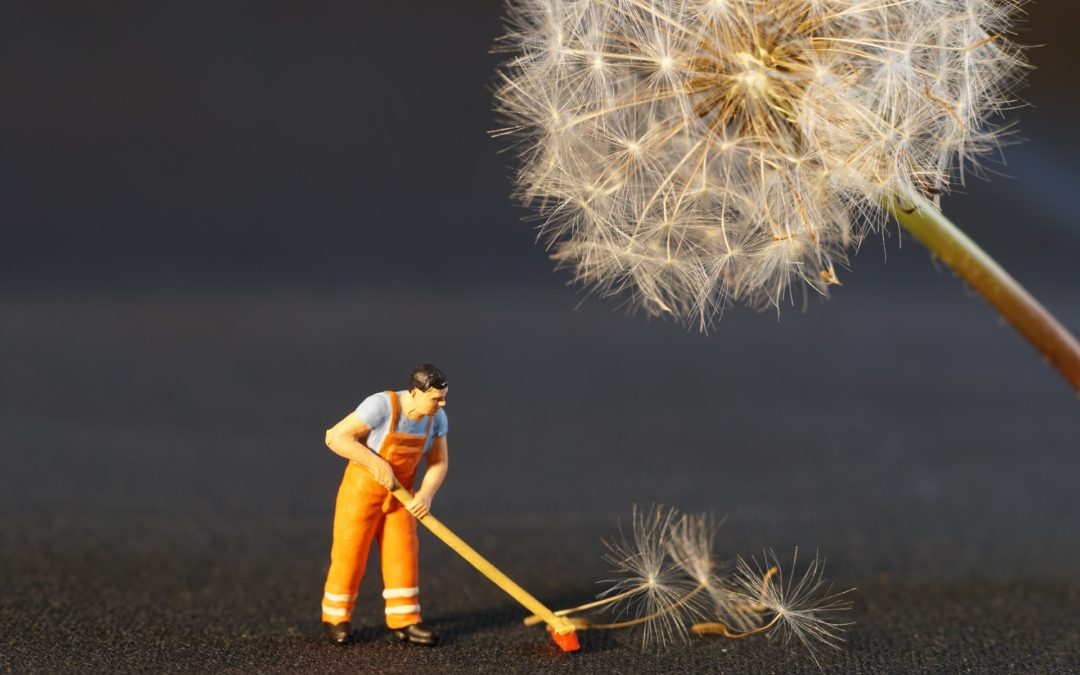 First, let’s get to the quick answer, then we’ll walk through a bit of a story through multiple generations that illustrates the ideas of open-pollinated, heirloom, and hybrid (F1) seed genetics.

Heirloom seeds have been genetically inter-bred from original open-pollinated seeds to stabilize the genetics and traits of the plants. Heirloom seeds reliably produce similar plants, fruits, and flowers generation after generation. Different genetics within or between species can be bred together to create F1 hybrids which often have superior vigor and desirable traits that are difficult to achieve from heirloom or open-pollinated varieties.

The easiest way to think about it is through these analogies/simplifications:

Contents hide
1 Story Time
2 Disadvantages of Open-Pollinated Seeds
3 What does F1 Hybrid Mean?
4 Is Open Pollinated the same as Heirloom?
5 What is the Difference Between Heirloom and Hybrid?
6 Why are Hybrid Seeds ConsideredBetter?
7 Why are Heirloom Seeds more Genetically Diverse than Hybrids?
8 Why can’t Hybrid seeds Reproduce?
9 Are F1 Hybrids GMO?
10 Conclusion
11 Next Steps
12 Sources

If that didn’t make it clear, here’s a bit of a story (if you can call it that) that walks us through from open-pollinated (how seeds have spread for millions of years), to modern F1 hybrids.

All seeds carry a genetic blueprint, the instructions to build a plant up from a little seed. In nature, every time a plant flowers pollen blows in on the wind, or is carried by insects, or finds some way to make it to another flower, and the genetics from the pollen and the flower come together to create seeds. This process is called open-pollination. Essentially it’s the most random way of mixing the genes up to create seeds.

Fruits that are more delicious, and nutritious are more likely to be eaten in the wild by animals, and the undigested seeds are spread more widely. And humans realized long ago that by controlling (through manual pollination and other techniques) which plants breed with each other they could improve the odds of getting a desired trait: a bigger apple, or a sweeter berry. It’s a similar, but more controlled version of what’s happening in nature.

So they went to work and once they had a few plants that were better than what they had before, they did their best to stabilize the genetics by selectively breeding those few similar plants with each other until they could reliably get the bigger apple, or the sweeter berry.

If the genetics remained relatively stable over a long enough period of time, the variety becomes known as heirloom.

But humans realized that heirloom seeds had less genetic diversity, and noticed that when seeds that were more genetically different came together, the plant often grew better. And if the two parents were from stabilized (sometimes heirloom) genetics, the offspring often had very predictable results. This predictable offspring is an F1 hybrid, I’m not sure where the F comes from, but the 1 means it’s a first generation hybrid.

A great example of the principle of an F1 hybrid is the Honeycrisp apple. Every time you go to the grocery store, honeycrisp apples are pretty much the same. They’re a cross-polination (hybrid) between the Macoun, and the Honeygold. Someone, somewhere realized that breeding these two apples resulted in a delicious sweet apple, with just the right tartness, and a nice crisp bite.

But there’s a problem with hybrids: it’s hard to get anything similar to a honeycrisp apple from honeycrisp seeds. The seeds of an F1 hybrid are very random. The seeds of an F1 hybrid are called F2, because they’re the second generation since the hybridization happened. F2 seeds are very unpredictable. So while the first generation seeds can grow more quickly, or sweeter fruits, they need to be harvested from the original Macoun and Honeygold hybrid apple tree.

This isn’t the best example, because Macoun is a hybrid and Honeygold is a cultivar (a human cultivated variety), but it’s close enough to illustrate the principles.

The disadvantage of open-pollinated seeds is their variability.

The seeds will likely germinate at different times. This may be because the seeds are different sizes or any number of other variations.

The fruit or desirable part of the plant may have a wide range of flavors and colors, and will vary from plant to plant.

What does F1 Hybrid Mean?

An F1 hybrid is the first generation of genetically different plants. F1 hybrids are often created by controlling the pollination process, to breed two specific stabilized genetic lines to get a desired result. A great example is breeding white corn with yellow corn get a corn with a consistent mix of white and yellow kernels.

Is Open Pollinated the same as Heirloom?

Open pollinated seeds should refer to seeds where the pollination is through natural methods (wind, insects, birds). Whereas heirloom varieties have been selectively bred by humans to stabilize their characteristics.

But the main idea is that heirloom varieties have a strong human input into which plants breed with each other, and the genetics are controlled and stabilized so they can be passed down in the future with similar genetics from generation to generation. Heirloom is a somewhat arbitrary grouping of seeds that have been ‘stable enough’ for ‘long enough’ to be heirloom.

It’s kind of like the definition of an antique. Not all old stuff is an antique, but if it’s nice enough, and old enough, it’s an antique.

What is the Difference Between Heirloom and Hybrid?

A heirloom and a hybrid are very different in their genetic heritage. An heirloom is a variety that has been stabilized (usually over 5-6 generations or more) by cross-breeding plants with the desirable characteristics.

The offspring of an heirloom plant are very similar to the heirloom, but they still have some genetic diversity. Genetic diversity is important for ensuring good disease resistance, as a pathogen that targets a specific genetic profile, is more likely to target very similar genetics than different genetics.

F1 hybrids are usually very uniform in their characteristics, but have the unfortunate tendency to produce very unpredictable offspring (F2 hybrids, or second generation hybrids) themselves. This makes the F1 seed less useful for farmers or gardeners that would like to save their own seed, as they’ll need to stabilize the genetics themselves to get a predictable seed stock.

Why are Hybrid Seeds ConsideredBetter?

Hybrid seeds are considered better for two reasons: because they’re more predictable, and because they benefit from hybrid vigor (heterosis).

Hybrid seeds often yield bigger crops in a commercial setting.When different genetics are brought together, the offspring often has better growth, energy and other characteristics than the parents.

Why are Heirloom Seeds more Genetically Diverse than Hybrids?

I would argue that heirloom seeds aren’t necessarily more genetically diverse than hybrids, but they can be.

I would argue this is because heirloom seeds usually have a bit more looseness in how strictly the gene line and in-breeding takes place, whereas hybrids are done under stricter isolation, and in lab settings.

Hybrids are a carefully controlled breeding that is designed exactly to reduce genetic diversity. The whole point of a hybrid is to get more predictable traits, and to benefit from hybrid vigor (heterosis). Hybridization relies on stabilizing two parent gene lines through generation after generation of in-breeding. This process is likely carried out in a lab setting with strict isolation controls. The final crossbreeding only happens once.

Actually, most hybrids can reproduce. Many hybrids are created from different varieties within the same species, in that case they can almost always, to the best of my knowledge, reproduce. A lot of your favorite apples at the grocery store are hybrids. While they’re not usually sterile, they often make plants that are very unpredictably different from the parents.

The types of hybrids that can’t reproduce (are sterile) are crosses between species that are similar enough that reproduction is possible, but different enough that the offspring can’t reproduce. An example from the animal kingdom are mules.

It’s a matter of how specific you are with your language, but I would say that F1 hybrids are not GMO.

Strictly speaking, a GMO is an acronym for a genetically modified organism. Every time a bee lands on a flower or an apple forms, the genetic combination is modified and the future of that species could be changed forever. That’s similar to what’s happening with F1 hybrids. So you could say that all plants and animals are genetically modified organisms, but that defeats the purpose of having specific language.

So where do we draw the line  when defining GMOs so we have useful language to debate and better understand the important issues?

The type of GMOs that people are usually concerned about are organisms where genetics from completely different species are introduced in a lab. For example spider DNA can be inserted into goat DNA so goats excrete milk containing spider silk. That’s the type of GMO that people are generally worried about.

There are some bigger issues relating to economics, world seed genetic diversity, and the power that the structure of the seed supply chains can give to certain companies, we don’t get into any of that here.

If you’re interested in saving seeds, the seeds will be the most similar to the parent plant from heirloom species, followed by open-pollinated, and most unpredictably from F1 hybrids.

If you’re buying seeds, the most uniform and predictable plants will grow from F1 hybrid seeds and heirloom seeds, with open-pollinated seeds being the least uniform.

And if you’re interested in overall yield, I would expect F1 hybrids to be highest, followed by heirlooms, with open-pollinated the lowest.

But, like everything that humans have a hand in, there are always exceptions.

It’s important to put thought into your seeds, and you’re definitely in that boat if you’re reading this article.

If you want to find out more about how to get the most out of your seeds, and avoid some huge problems, check out:

Or if you’re interesting in finding out more about mucilaginous seeds (or finding out what they are!) read this:

What are Mucilaginous Microgreens? Brilliant Tips for Successful Grows (Links to Article)