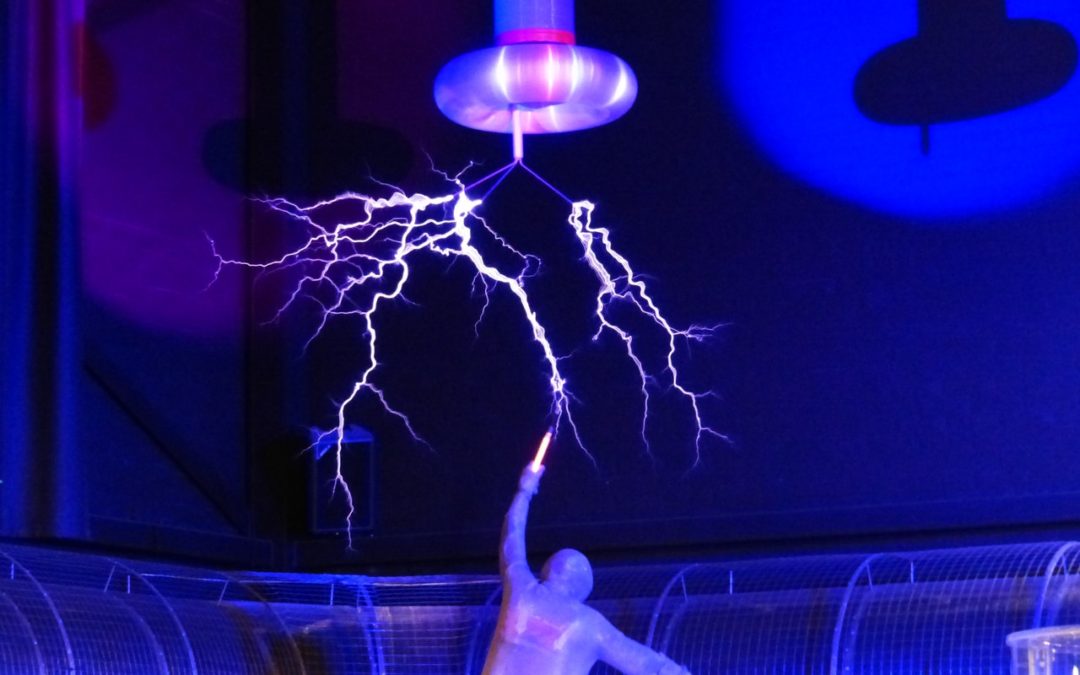 Biological experiments are being carried out every day across the planet. This is a curated list of 5 experiments I thought you would find the most interesting!

Dr Suzanna Simard: Radiation Dosimetry to quantify how much nutrients plants are sharing, and between which species

Dr Greg Gage is a neuroscientists and engineer. This TED talk features Greg Gage applying neuroscience techniques to botany. Greg hooks up an electrocardiogram (ECG) to a Mimosa Pudica (Commonly called a Shameplant) and a Dionaea muscipula (Venus Fly Trap).

The mimosa Pudica senses touch and other stimuli and closes it’s leaves quickly. The electrical signal that causes the leaves to close can be measured with the EKG. It’s not known exactly why this evolved but it’s thought to be to avoid damage from herbivores.

The venus fly trap is able to distinguish between something briefly interacting with it. If something touches its trigger hairs once,  like a drop of water, or a little piece of debris falling into it, it doesn’t close. But if something is moving around inside of it, like a bug, it keeps track of time between trigger hair touches, and snaps shut if it’s likely to be an insect. The plant then digests the insect to replace nutrients it’s not getting from the air and soil.

Cite like this: Gage, Greg. “Electrical experiments with Plants that count and communicate.” TED. Nov. 2017. Lecture.

In 1991 Suzanna Simard Self-funded research, often shopping at Canadian Tire to get to the bottom of some very interesting phenomena. She finagled access to a mass spectrometer, microscopes, a geiger counter, syringes, and radioactive carbon-14  and carbon-13 carbon dioxide gas.

In this experiment she illustrates how if two different species of trees are growing next to each other, they’ll share carbon through their roots if one tree is shaded.

But there’s a catch! The experiment involved combinations of three species, Paper Birch, Douglas Fir, and Western Red Cedar. Bird and Fir shared nutrients, which were measured through radio-isotope. Birch and Fir are connected. She also worked on Douglas fir DNA fingerprinting, and determine they can be connected to 100’s of other trees.

And somehow this communication extends across the tree of life to fungi, not even in the plant kingdom. Fungal networks beneath the soil are called mycelium, and the connections are called mycorrhizal links. Mother trees have bigger stronger mycorrhizal links and send more carbon to their own genetic offspring.

On top of that, they intentionally reduce their own root competition to make elbow room for their own kids. Isotope tracing also shows how when injured, mother trees send carbon and defense compounds to their offspring to increase their resistance to stress. On the other end of the spectrum, when trees are healthy, excess carbon from established trees supports younger trees, boosting survival by 4x. This increases the resilience of the whole forest, through cooperation across species.

Dr Anna Lisa Paul working with the NASA glen research center has been doing some very interesting work with data from plants aboard the International Space Station.

Plants can adapt to space, but they have to turn on and off certain genes to cope with the novel environment. The big question is what is the metabolic cost, and how can we help plants reduce it. In the process of adapting to an environment the plant uses energy. Can engineering and breeding select for plants that use less energy to accomplish the same growth in micro-gravity?

These adaptations can take place epigenetically (gene regulation, which just means which genes are actively being transcribed, or in other words, which genes are turned on), or physiologically (conventional genetics). Dr Anna Lisa Paul is building a roadmap of when and where genes are being expressed in microgravity, which is foundational work for space-faring plants of the future.

Truth just might be stranger than fiction. Tulips have their own language, and Google is rapidly decoding it. The Wageningen University in the Netherlands in partnership with with Google Nederland is doing ground breaking work in machine learning and signal processing.

Watch the video to find out more.

Mileece is able to create stunning audio from the electrical signals of plants. This is similar work to the ‘data sonification’ work done by NASA https://www.nasa.gov/vision/universe/features/halloween_sounds.html

and many other researchers. The idea is to take a non-sound signal, and convert it to auditory frequency spectrum so we can hear it. These could be plasma waves, electromagnetic waves, or in this case direct voltage measurements.

The analog voltage measurements from the plants are amplified and converted into digital form so they can be arranged into music. Really cool! Mileece has written a lot of her own software to give her greater control over the process.