Are Epsom Salts Good for Plants? 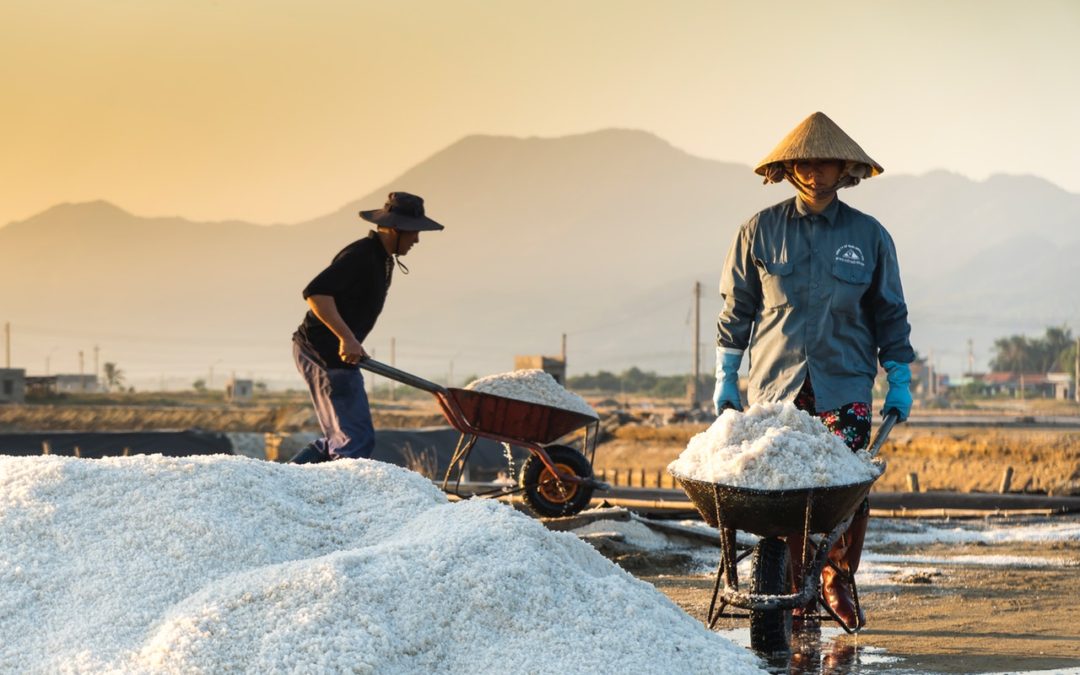 Should you add Epsom salts to your plants and gardens? Before I dust off my soil chemistry textbooks (I don’t actually have any), here’s the quick answer:

In most situations no, you shouldn’t add Epsom salts to your houseplants and garden. Instead, add a well-balanced plant food with micronutrients. Epsom salts contain magnesium ions (Mg2+) and Sulfate ions (SO42-), and they’re in solution in the form that plants need. But plants usually have access to enough already. The only reason to add Epsom salts is if you have evidence of sulfur or magnesium deficiencies (from a soil analysis) before proceeding, and no access to a longer term solution like fertilizer, horticultural sulfur, or dolomitic lime. Epsom salts are very soluble, so only a temporary boost is possible and it soon washes away. It can also cause calcium deficiencies.

You’re not the only one wondering. Like clockwork there’s an annual spike in searches for “Epsom salt plants” in the spring in late May/early June:

What are Epsom Salts?

Epsom salt is a common name for magnesium sulfate. It’s a crystal salt made up of magnesium Mg2+ ions, Sulfate (SO4 2-) ions, and water bound up in the crystal structure. Once it dissolves in water, it’s just the Mg2+ and SO4 2- ions, ions which plants do need. Epsom salt solutions are neutral in pH, so won’t hurt plants through big pH swings in the soil.

Where do epsom salts come from? 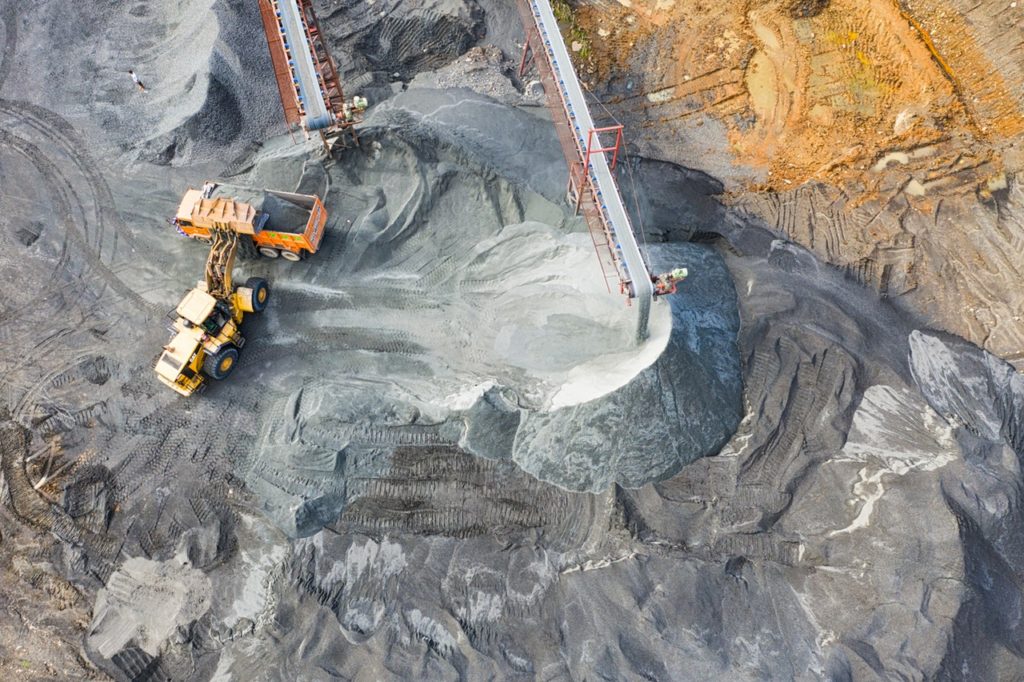 Epsom salts got their name from the town Epsom in Surrey, England. The town was known for having waters rich in Epsom salts. Epsom salts were extracted by evaporating and boiling away the water and collecting the residual deposits. And that’s still one of the ways we extract it today.

When a brine high in magnesium and sulfates evaporates, minerals can be deposited which contain Epsom Salts. This can occur in lake or pond beds and also underground in caverns, caves, and within the pore structure of rock.

You may have heard tomatoes can be deficient in Magnesium, and that Epsom salts are the way to go. The problem is the context. This may be true for huge industrial scale agriculture settings, with difficult soils, and repeated monoculture over prolonged time periods, but it’s probably not the case for your houseplants or vegetable garden.

The best way to identify deficiencies is to get a soil test. It shouldn’t cost much more than $25 – $50 for a test. Or, you could just add a bit of soil high in organic content, or a well-rounded fertilizer.

Magnesium and Sulfate deficiencies are hard to diagnose. There are so many deficiencies plants can have that doing it by eye is very challenging.

Soil testing – I talked to an expert

I discussed epsom salts and soil analysis with Michael Astera who runs soilminerals.com. He does in depth testing of soils for mineral and nutrients. He’s seen a lot of data, so I was really curious to see what he has to say. I asked him specifically about his thoughts on Epsom Salts.

” Almost all soil tests that I see are severely deficient in Sulfur. No matter how much sulfur or sulfate is added at the beginning of the growing season, by harvest time or next spring the sulfur is all gone. “

He further explained that Boron was another common, almost predictable deficiency. Potassium is another element that he recommends supplementing for every crop as well.

” Potassium deficiency is not quite as predictable as sulfur and boron deficiency. Potassium sulfate is a good amendment for adding K and SO4. Also, certain families of plants do very well when amended with Epsom salts; these are generally the shrubs that grow in high-rainfall leached out forest soils: Azaleas, rhododendrons, blueberries and all that heath and ericacaea groups. “

So at the end of the day, he’s leaning towards recommending Epsom Salts to boost Sulfate and Magnesium levels. I was curious if his testing was mostly vegetable/herb gardens, residential lawns/landscaping, or more on the commercial agriculture side.

” 70% of the soil tests I work with are people’s backyard vegetable gardens. The other 20% covers a wide range from coffee plantations in Asia and South America to large grain farms and ranches all over the world. Lawns and Ornamental landscapes are pretty common too. “

So, he definitely sees low Sulfur levels in soil tests, and he thinks Epsom Salts are good idea. I’m still not fully on-board with Epsom Salts in the long term, but I can see how they would provide short term benefits. I get into my thought process on this further into the article below.

How do plants absorb sulfur?

Sulfur is one of the two ions in Epsom salts. It’s an essential ingredient for plant growth. The major nutrients are often considered to be the three you might be familiar with from N-P-K ratings of fertilizers. N for Nitrogen, P for Phosphorus, and K for Potassium. But Sulfur’s a close fourth, some plants actually need more Sulfur than Phosphorus.

Sulfur in soil can only be absorbed in sulfate (SO4 form). Sulfate is formed during decomposition of organic matter, or when elemental sulfur is oxidized in the air.

The details are complex, but sulfates are stored in organic materials, and slowly make their way into solution, and then to the roots. Sulfate transport and dissolution involved mass flow, diffusion, and geometry of the growing medium pore and capillary structures. The ratio of these different mechanisms in the soil impact the distribution of soil between minerals/organic content and the root. Soils with lower organic content are more likely to be low in sulfur.

What this means is that your soil can be high in Sulfur, but if it’s not in solution in the water in Sulfate form, it might not be bioavailable to your plants.

And on the other side of the coin, if you add a lot of sulfate ions (by adding Epsom Salt), it will temporarily spike the sulfate in the soil, but will be easily washed away during the next rainfall or watering. A better option is horticultural sulfur as a soil amendment.

Sulfur doesn’t move around in plants once it’s in the tissues. This means a new sulfur deficiency will show up on new growth. But, it’s hard to distinguish between other nutrient and environmental issues.

How do plants absorb magnesium?

Magnesium is the other half of Epsom Salts. It’s also an essential nutrient for plant growth. Magnesium is only available to plants in ionic form (Mg2+) dissolved in water. It must be in solution and touching a root (with the possible exception of fungal mycelium connections). 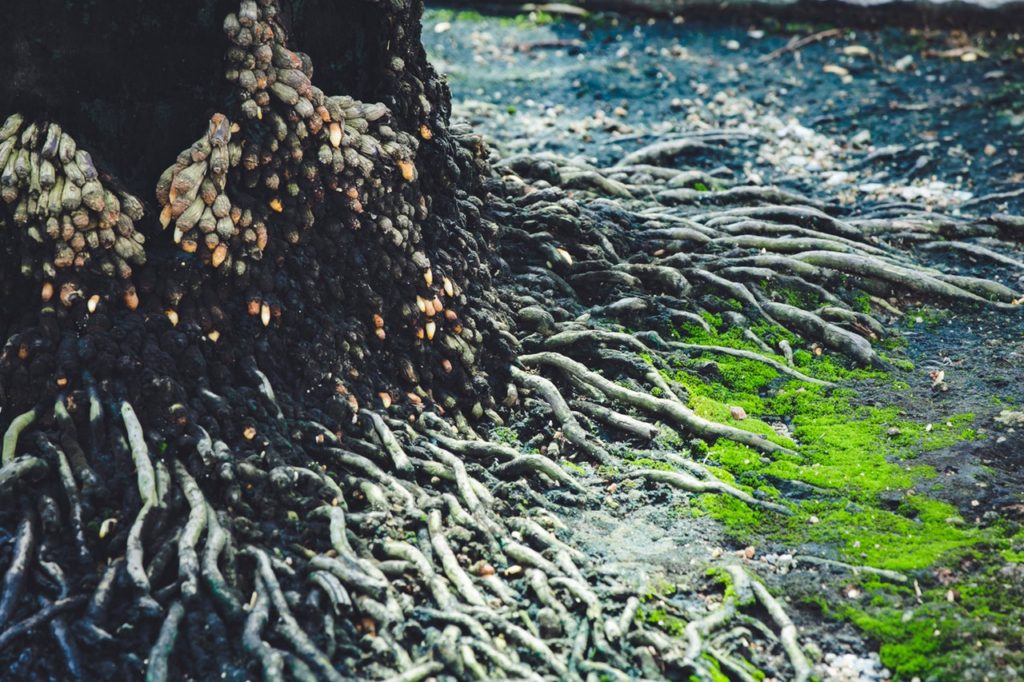 Dolomitic lime is generally a better soil amendment than Epsom salts because of its lower solubility. The dolomitic lime will stay in mineral form in the soil for longer, and the magnesium will much more slowly enter solution. Some acidic soils are more likely to be magnesium deficient. Dolomitic lime’s alkalinity increases the pH nicely.

Epsom salts can spike the magnesium ion concentration in the soil. There’s a complex inter-relationship between potassium, magnesium and calcium, and they compete for uptake in certain situations. Because of this uptake antagonism, too much magnesium can reduce a plant’s ability to access other nutrients it needs.

Epsom salts only help in two very specific situations: when you have a sulfur deficiency, or when you have a magnesium deficiency, and when you don’t have access to a longer term solution like a well-rounded plant food/fertilizer, horticultural sulfur, or dolomitic lime.

The truth is: garden soil is rarely deficient in magnesium or sulfur. It can occur in intensive farming applications, and across regions that have an area-wide deficiencies. But this is more of an issue for agriculture than gardening.

If you have particularly high rainfall or very well-draining, sandy soil, you might be at risk of micro nutrient deficiencies. Another situation is if you’re intensively harvesting year after year. If you really need to know: order a soil test, it shouldn’t cost more than $25 to $50, and absolutely do this at agricultural scale.

But for the urban farmer or gardener, just use a well-rounded plant food with micro nutrients, or add some organic material to your soil and your plants will have everything they need.

Yes, there can be harmful mis-balances when there are high levels of specific nutrients. This can influence what the plant’s roots are able to access and absorb. This phenomena is often called antagonism.

Is epsom salt a fertilizer for plants?

Plants require a long list of nutrients to grow and form new tissue. Epsom salts only provide 2 of these, and in a temporary form that’s easily flushed out of the soil.

Fertilizers are generally specified in N-P-K, Epsom salt is 0-0-0. It has no macro nutrients, so I wouldn’t call it a fertilizer. N stands for Nitrogen, P for Phosphorus, and K for Potassium. 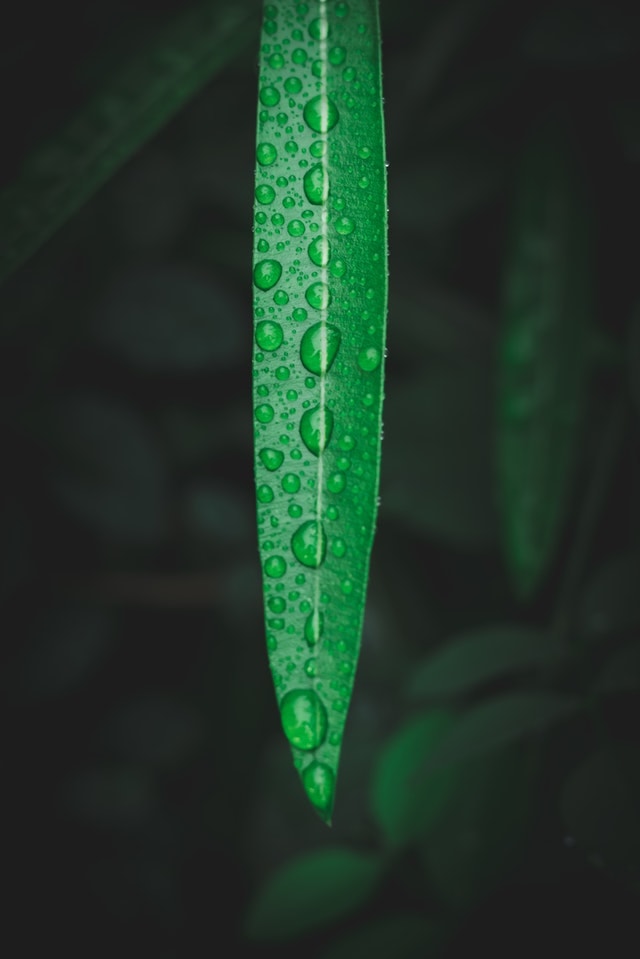 Epsom salts can be absorbed by foliar feeding, but It’s a short term solution. A band-aid.

Fertilizer is rated in NPK, which are the three macro nutrients. That right there tells us Epsom salts (magnesium and Sulfate) are micro-nutrients. Epsom salts aren’t a complete fertilizer for any species of plant. Epsom salts only contain 2 of the long list of nutrients a plant needs.

To foliar feed, you make a dilute solution, and feed it to the plant through its foliage. You spray it on! There aren’t a lot of situations where foliar feeding is necessary, and if it is, you probably want to use something more well-rounded than Epsom salts.