Can you reuse microgreen soil? 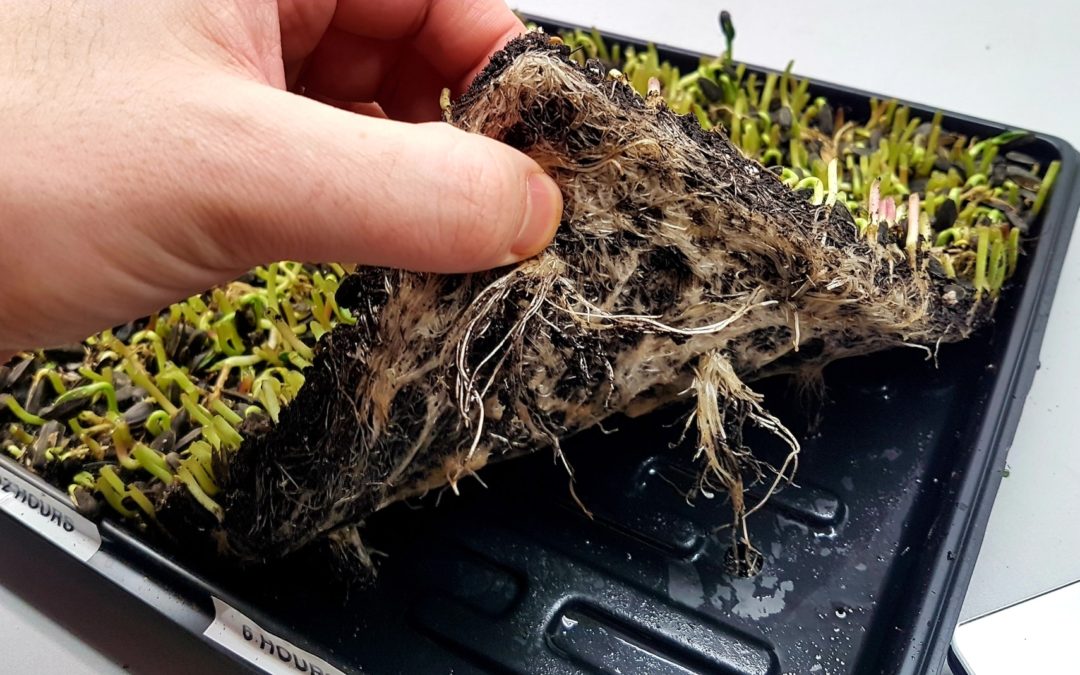 If you’re interested in Zero Waste growing, or sustainability, you’ve probably wondered if you could re-use microgreen soil. It seems like a waste to just use things once, but what can be done?

Re-using soil can work if you do it properly. Reusing soil without composting leads to mold, and smelly lost yield. Compost at a temperature of 55C (131F) or higher for at least 3 days, and turn and mix the pile at least 5 times, or compost for 15 days if not turning.

Sustainability is really important, and a good step is to use less soil. Experimenting with using 1″ or so of soil instead of filling it right up.

You can sterilize small batches of soil on a baking tray. Screen out as much of the roots, stems and seeds as you can, heat above 160 C (320F) for 2.5 hours. Hydroponic microgreen mats can be reused, but it’s not worth the trouble. Give them a second life by composting them or mixing into your garden.

I’ve tried re-using soil trays, without composting, and the results were bad. As an experiment, I mulched up the roots and remaining microgreen stems, and then planted the next batch right on-top. 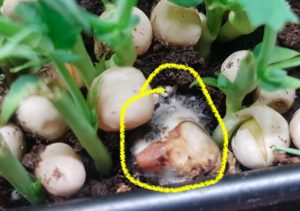 I got a lot of mold.

I’ll re-do the experiment and take some pictures so you can see how it ended up. If you’re going to try something like this in a commercial setting or at home, you’ll need to be very careful that you don’t make yourself sick.

So how could you re-use trays effectively? Composting. More information on composting is available further down in this article. 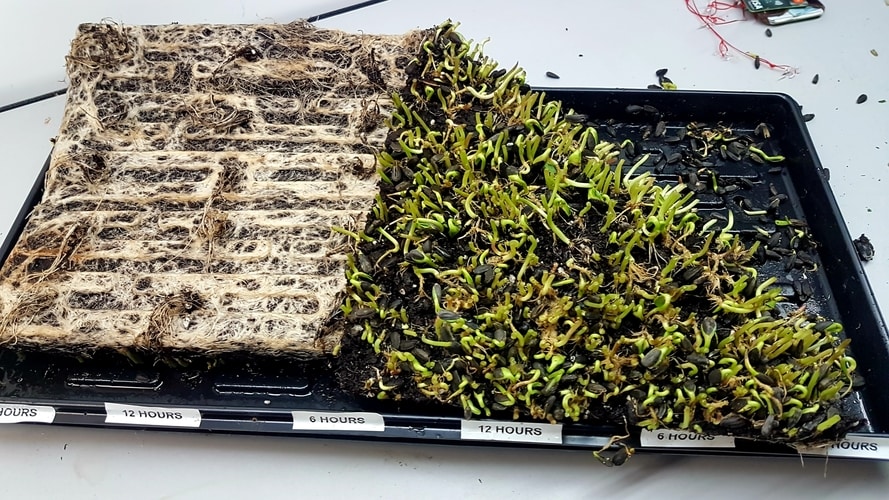 Pictured above is a tray of sunflower microgreens after harvesting. Notice the dense matting of roots on the left, and the stem and seed remnants on the right. Sunflower hulls are alellopathic, releasing compounds that slow or stop the growth of certain other plants. Composting is believed to break down the compounds.

Contents hide
1 Pros and Cons of re-using microgreen soil
2 How much soil do Microgreens need?
3 How much Is a tray of soil worth?
4 Composting
5 Sterile Soil
6 Can you reuse hydroponic microgreen mats?
6.1 Results
7 Closing the nutrient cycle
8 Conclusions
9 Sources

How much soil do Microgreens need? 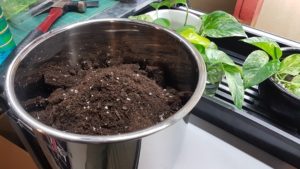 A 10” x 20” tray of microgreens needs soil to a depth of around 1 inch. The amount of soil needed will depend on the what type of soil you’re using. This is around 3.25 litres of loose soil, or 110 fluid ounces, or 0.87 gallons. The mass of this soil will depend on the density of the soil, and how much moisture it has in it.

I find it’s easiest to sift soil through a ¼ inch mesh to remove twigs and debris. After doing that it’s loosened up and roughly the same texture every time. I then measure soil out by volume. I put in 1 inch of loose soil. You can screen a whole bag or batch of soil, and then it’s ready to go when you need it. It’s kind of messy screening soil for each tray.

How much Is a tray of soil worth?

Assuming you put in around 3.25 Litres/110 fluid ounces/0.87 gallons like I do, it works out to right around $1 for a tray of microgreens, if you buy your soil in small bagged quantities, like the 2-4 cubic foot bags at nurseries and hardware stores. 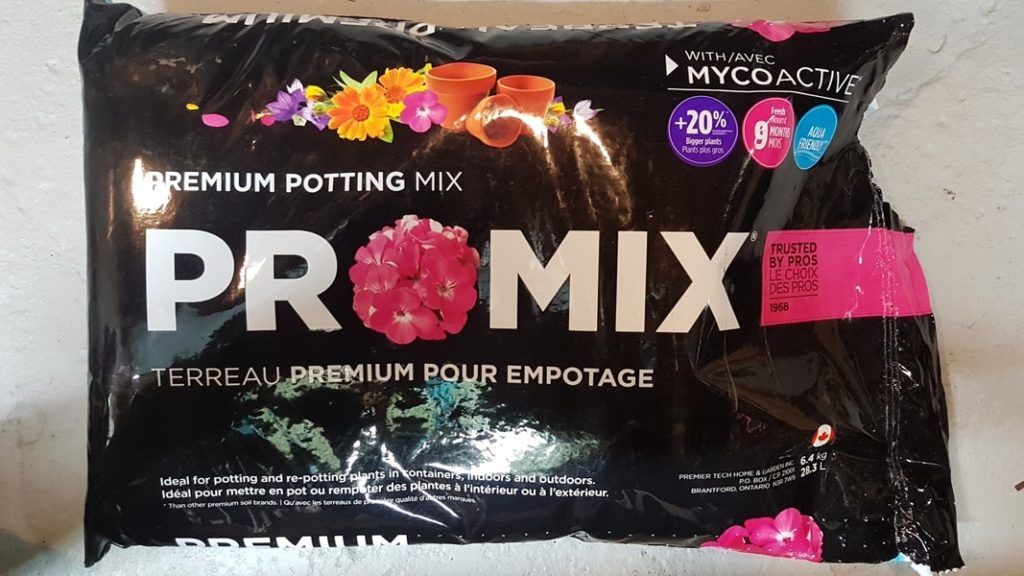 This is one of the initial soil I used in the past. A bag like this comes out to just under $1 per tray. I’ve since switched to an organic soil with no chemical fertilizers.

If you’re buying your soil in larger quantities, the cost can come down substantially. A pallet of bags of soil can reduce the cost to around half of the store cost, $0.50.

For the cheapest soil, you can order it by the truck load. Trucks in my area usually deliver soil in 10-12 yard loads. A mix of 70% screened loam, and 30% finished compost costs around $40 per cubic yard. This works out to $0.17 per tray.

So, at $1 to $0.17 per tray, what do you think? Is it worth re-using soil for microgreens? Or should it live its second life in the garden?

Composting properly brings the organic matter (roots, seeds, stems) up to a warm enough temperature that microbes break them down. The following photo shows the dense root mats from a potting soil microgreen tray after harvesting. Imagine all those roots and stems decomposing in your tray if you tried to re-use it without composting. 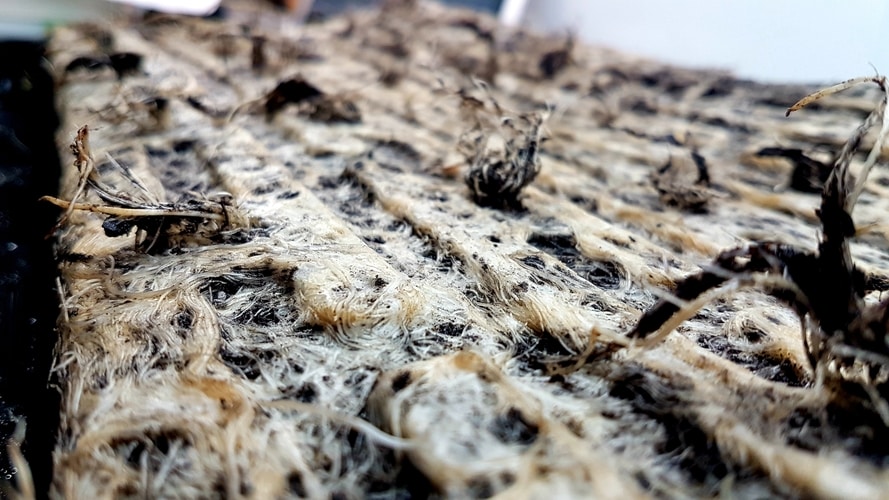 There are a few different standards for composting, but it’s good to aim for a higher, stricter standard. Your composting technique should aim to get up to at least 55C (131F) for at least 3 days, and turn and mix the pile at least 5 times. Or 15 days if you’re not mixing the pile. You can find more information on composting here, and here.

At these temperatures the majority of the pathogens get killed. This isn’t sterile, but it’s gone through a natural sanitation process.

Take samples from throughout compost pile and test for pathogens.

If you want to re-use your soil you need to know your composting process is recorded and tests negative for pathogens. And then even if it works, can you do it cheaper than just buying compost? Your situation will vary. But then you have disposal costs for spent trays (unless you’re farming or have land).

Larger suppliers of manure and soil should test their soils regularly.

Can you assume commercial compost is free of pathogens or should you test it? Any large supplier of compost will probably be required to test regularly. For smaller suppliers you can ask, or just buy a small quantity and test it. Test in isolation so you don’t introduce spores and contaminants to your main operation.

Sterilization (as opposed to composting or pasteurization) is where you completely kill everything in the soil.

You can either sterilize your growing medium yourself, or buy something sterile. Some soil mixes (garden mixed, potting soil, or seedling mix) is marketed as sterile. Peat, coir, and perlite are pretty much guaranteed to have a low risk of contaminants, I consider them virtually sterile. 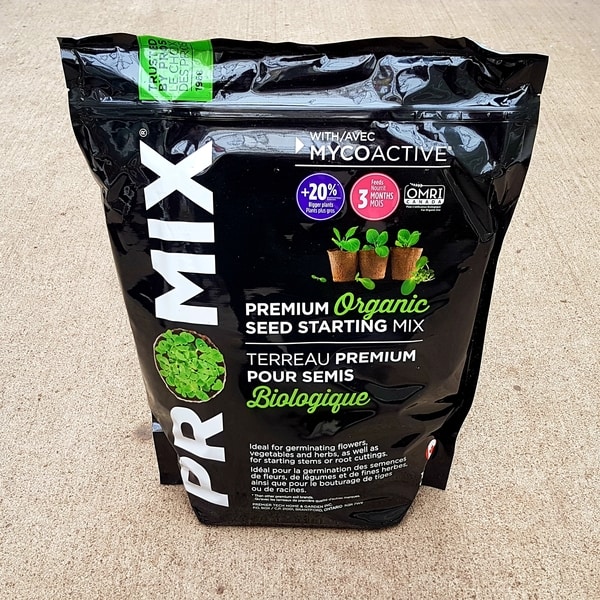 This soil seems pretty close to sterile, I haven’t had any problems with it. I like the seed starter mix, and when it’s not available I use the potting soil (which has some beneficial fungi added).

Coir comes from coconuts, and seems to be pretty salty sometimes, so be aware of that. It can be a good idea to give it a rinse or two and a good drain before using it.

Sterilizing your own soil is an option.

An easy way to sterilize things at some is to put them in the oven. If you put your plastic growing tray in the oven it will melt. Put your soil on a metal baking tray in the oven. Sift out as much of the roots, stems, and seeds as possible and heat above 160 C (320F) for 2 hours or more after the soil is dry. Say 2 hours 30 minutes just to be on the safe side. If there are organic materials in the soil, you might get some smoke and smells, but your soil will be sterilized!

You need to have a large operation before it’s worth investing in equipment to sterilize soil at scale, and even then it might be cheaper to buy from someone who’s already set up. It’s not cheap.

Can you reuse hydroponic microgreen mats?

Hydroponic microgreen pads aren’t exactly soil, but they’re an alternative. When growing microgreens in a hemp mat for microgreens, it seems like a waste to toss them. They’re not usually marketed as reusable, but are they?

Mats can be made out of a few different materials

To re-use them, a few conditions will have to be met:

So yes, they can be re-used, it’s just takes a little work, and a little luck (that they don’t fall apart).

In my experience they don’t absorb as much water afterwards, and they kind of fall apart if you put them in a dryer. You need to do a good job sterilizing them, otherwise things can go sideways. Overall, I wouldn’t recommend re-using them, and I prefer soil overall.

It’s really interesting to think about growing food in the context of space. Imagine you’re in a really isolated environment, like the arctic, or in space. And you need to re-cycle everything you have. It’s an interesting perspective to think about re-use and recycling from. 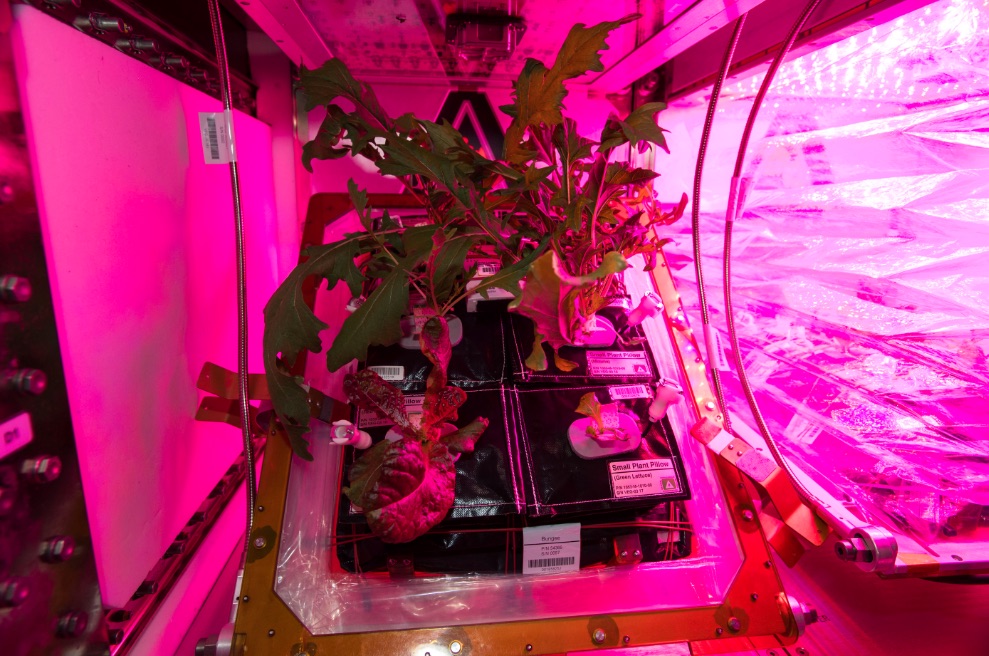 Pictured above is the Veg-03 experiment, cabbage, lettuce and mizuna are being grown aboard the International Space Station in orbit around earth.

” Future long-duration space missions will require crew members to grow their own food, so understanding how plants respond to microgravity is an important step toward that goal. ”

SpaceX, NASA, Roscosmos, the CNSA and other companies and government bodies are making incredible progress in space.

Extending human life past planet earth is going to test how efficient and sustainable we can be in a lot of ways. We’re going to have to re-use water and soil in innovative ways.