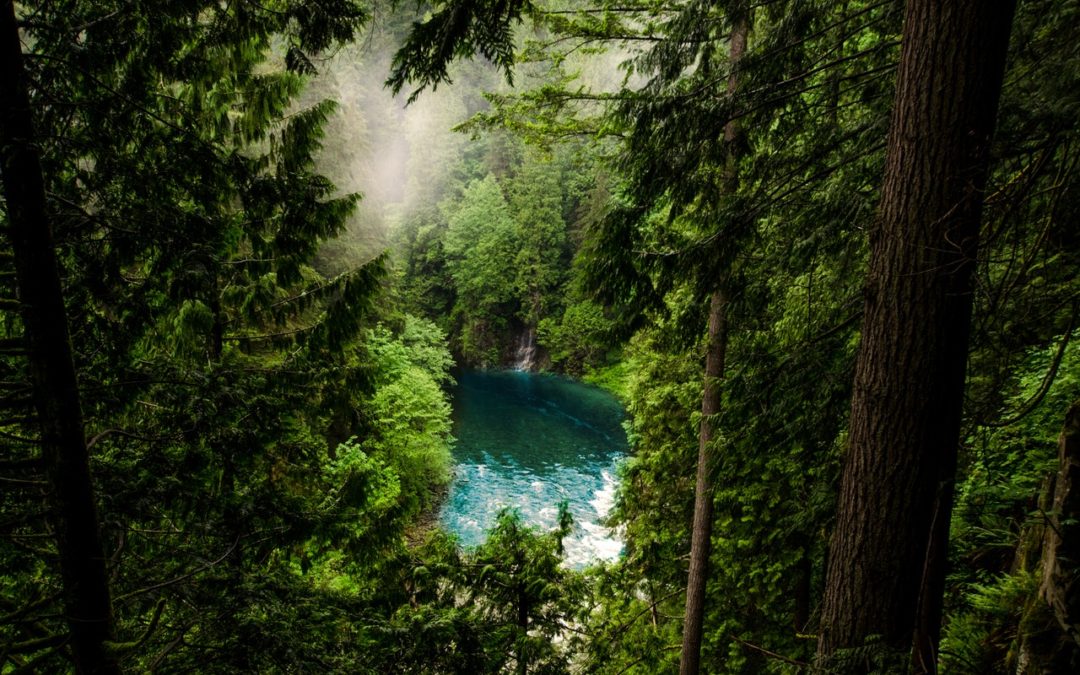 Shinrin-Yoku simply means ‘forest bathing’ or alternatively ‘taking in the forest atmosphere’. It’s as simple as going for a walk in the woods. The purpose isn’t necessarily to burn calories, or lose weight. It’s to immerse yourself in nature, green nature. Japan’s national health service encourages people to engage in shirin-yoku.  It’s part of a wider practice called nature therapy, or ecotherapy.

You’ve probably had a forest bath. Maybe you thought about why you felt better, or maybe you just felt it. Our sense of smell gives us a hint. The crisp fragrance of a grove of evergreen trees. The smell of a dense stand of leafy trees. Plants of all kinds exude chemical compounds including phytoncides. Phytoncides are antimicrobial volatile organic compounds (VOCs). We’ve co-evolved alongside plants, so it’s no wonder that plant compounds could impact our own internal processes. Phytoncides are thought to be responsible for the increased immune system Natural Killer cell counts measured in the lab during Shinrin-Yoku research.

If you want to get the most information from one source, it would be this review of the literature from 2017 that discusses 64 relevant papers published between 2007 and 2017.

Alright, so it sounds great, and it’s an area of active research, how exactly do we do it?

Contents hide
1 Step by Step Walkthrough
2 History
3 Get into the mindset
4 Environmental Psychology
5 What are the psychological impacts of moving closer to Nature?
6 What is the weekly threshold for ‘nature’ therapy?
7 Japanese studies
7.1 Pioneering work at Chiba University
7.2 Study on Forest vs City ‘Bathing’
7.3 Study on distance walked
8 Degrees of Immersion
9 Summary and Conclusion 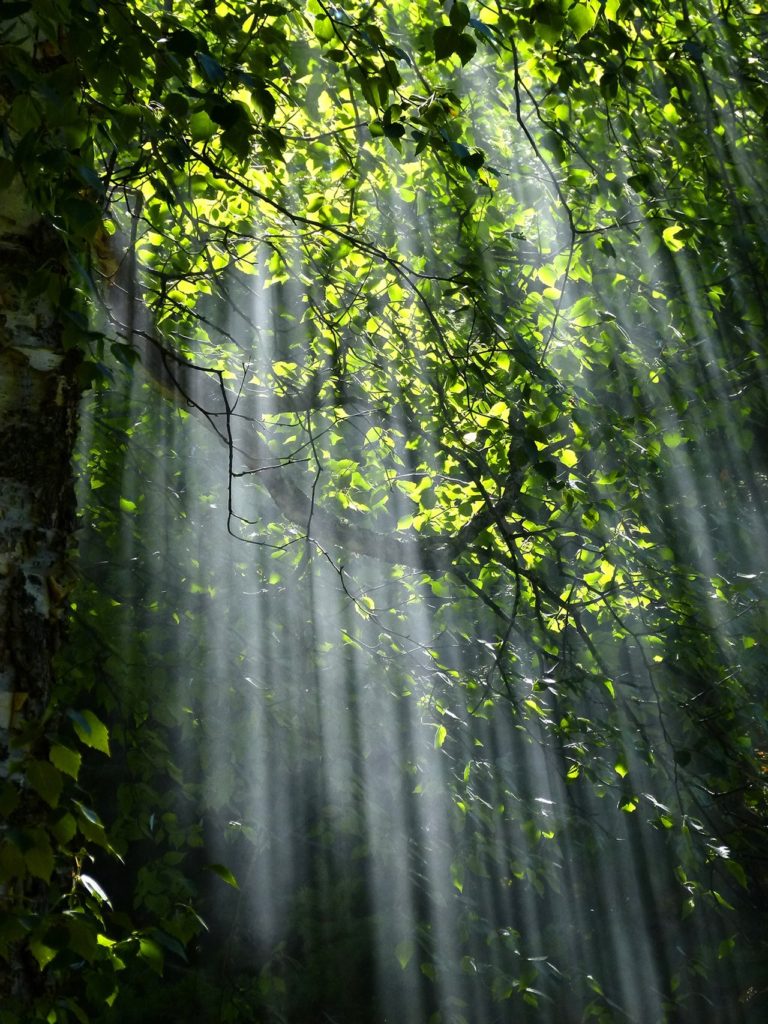 After his birth in 600 BC and rise to power, Cyrus the Great intuitively built lush green gardens in the crowded urban capital of Persia. It is said he felt a need to increase health and calm the people, and he turned to gardens as his tool. Not much more is known, but it’s an early example of increasing the accessibility of nature to improve health.  A in 600 BC, policymakers today have to determine the best and highest use of parcels of land. Should they be a park or should be put to some directly industrial or commercial use?

The concept appears to have evolved alongside Shinto and Budist religions, which both place a heavy emphasis on the nature in their own ways. Shinto shrines are usually in natural settings. They’re often placed in proximity to budhist temples to show good faith between religions. Shinto and Bhudism are very popular in Japan. Both religions consider forests to be sacred, and place importance on gardens and spending time in nature.

Shinrin-yoku became a pilar of Japanese preventative health care and healing in the 1980’s. National health program recommended it initially to help stressed workers. It has since expanded to a nation-widetherapy. There are currently 62 forest therapy bases across Japan, and nearly 2/3 of Japan is covered in forest. A big question, particularly for urban development, is what’s the best use of land?

Get into the mindset

Usually in the western world, when you go into a forest or natural space you have a goal. And don’t get me wrong, any excuse to get into nature is probably a good one. Maybe you want to get to the viewpoint of the hike, or ride the mountain-bike trail a little faster than last time. Maybe you want to cover a specific distance, or get a good workout.

These are all goals. This is the way a lot of people think about the out-doors, they’re a tool to accomplish a goal. And that’s great! These are worthy goals.

But, to get into the Shinrin-yoku mindset, look for opportunities to slow down. Maybe take a 15 minute break off to the side of the trail. Really absorb your surroundings. Slow down and notice the little things. This is where the deep psychological benefits might be lurking. Take a moment to notice the fresh air, how it smells, what you hear, how the bark or grass feels. Take a moment to connect. 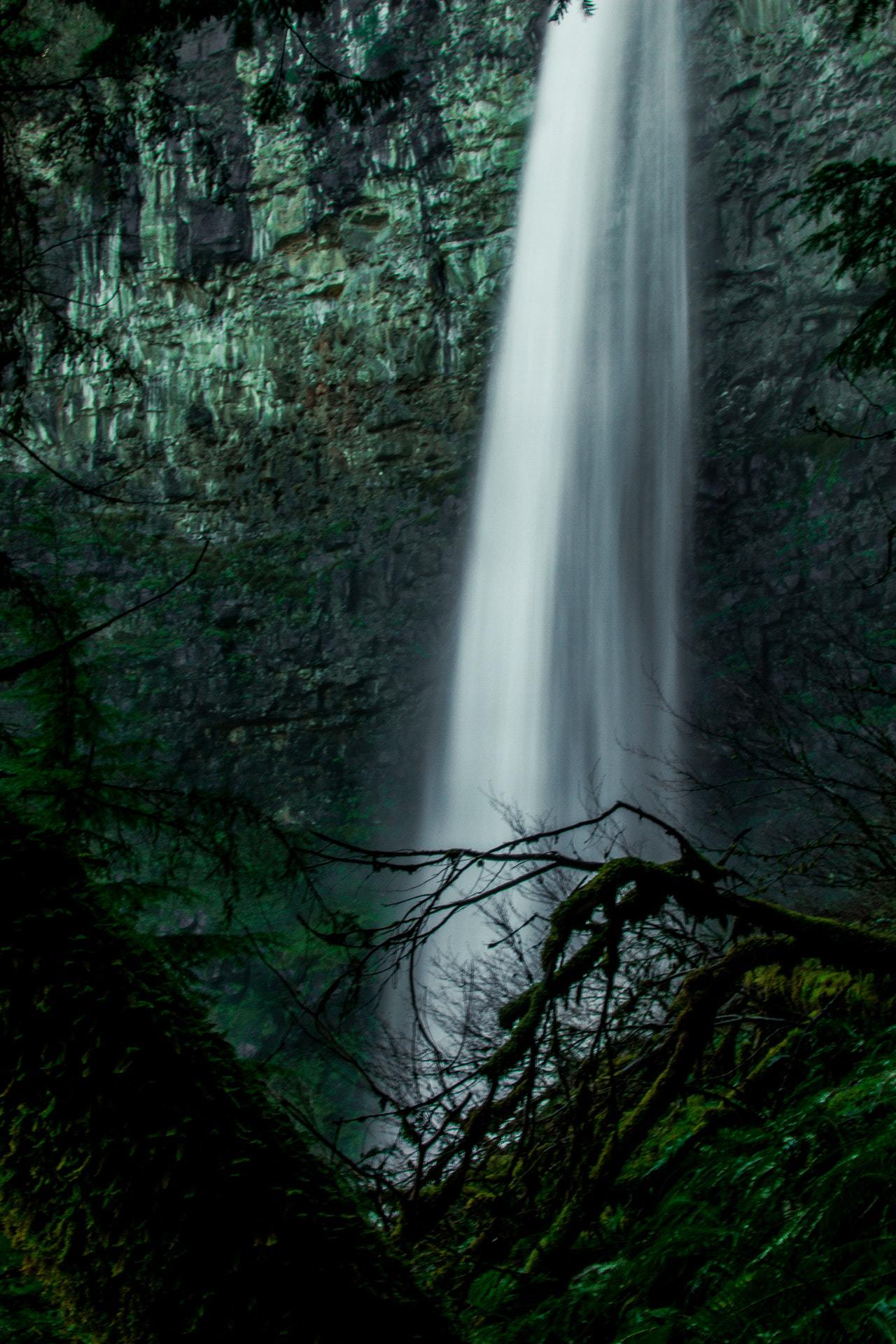 Environmental psychology studies the interactions between people and their surroundings. It’s a multi-disciplinary field that looks into how our lives and thoughts are shaped by natural and built-up environments.

To get to the bottom of this, I’ve been looking into the work of Dr Matthew White, an environmental psychologist and senior lecturer at the University of Exeter in the UK. While he’s not speaking specifically about Shinrin-Yoku, his research is very closely related.

What are the psychological impacts of  moving closer to Nature?

In one of his studies, 12000 people were tracked over an 18 year period. They moved around England between built up city areas and more rural greener areas. The study looked at mental distress, and life satisfaction. In the years when people lived in greener areas both indicators were positive.

So how signifiant were the results?

Dr White has since moved on to the question of determining what the effective ‘dose’ of nature is.

What is the weekly threshold for ‘nature’ therapy?

In the largest ever study of its kind, at 20000 people, Dr White is working to determine a practical threshold for weekly nature therapy. His direct words from a Blue Health video (2019):

“So what we found was, basically, there appears to be a threshold of about 2 hours or 120 minutes. So compared to those who don’t get out into nature at all, those who do 2 hours a week or more have higher wellbeing, and their health is generally better.”  -Dr White

He further goes on to explain that it doesn’t matter if it’s physical activity, or sitting on a park bench, the benefits are there. And because of the enormous sample size of 20000 people they were able to look across a number of demographic factors and saw that for just about everyone in the population, the benefits were there. 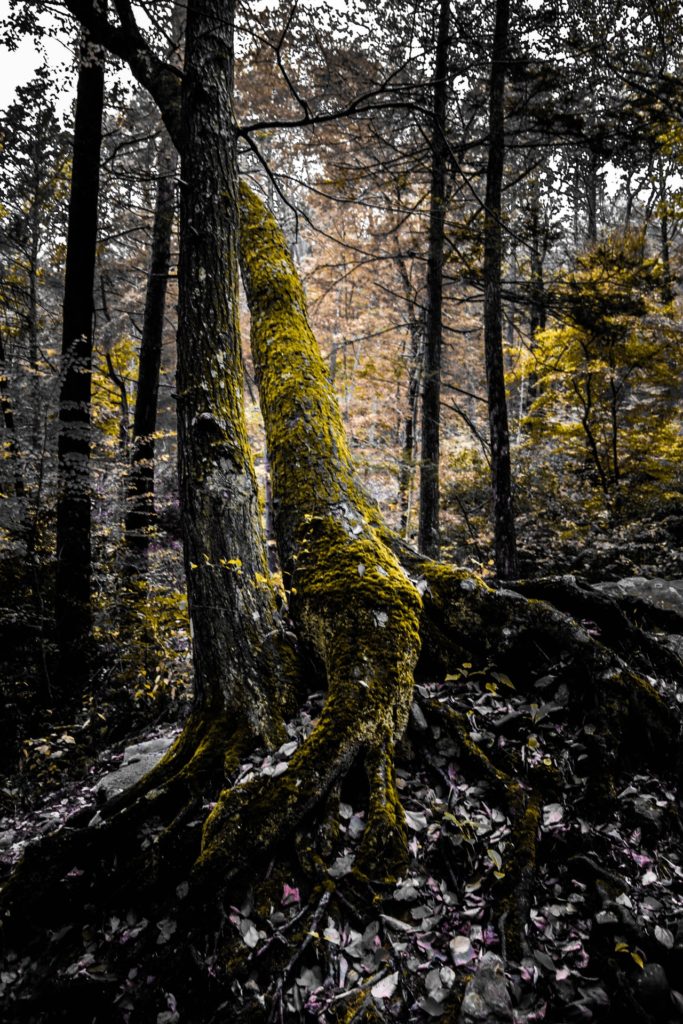 The term was coined by Dr Yoshifumi Miyazaki in 1982, and he led much of the early research in Japan. Dr Miyazaki explains that we’ve evolved in nature for millions of years, and it’s only in the last vanishingly small couple hundred year sliver of our history that we’ve moved into built-up environments. His hypothesis is that these environments have put us into a state of stress. This stress is sometimes called “technostress”, and it’s this stress that Shinrin-Yoku reduces. Since his early work there have been numerous studies on the subject.

Study on Forest vs City ‘Bathing’

A study from 2007  by Yuko Tsunetsugu, Bum-Jin Park, Hideki Ishii, Hideki Hirano, Takahide Kagawa, Yoshifumi Miyazaki tested whether it was the city or forest setting. 12 people participated, and were split into a forest group and a city group. Each group walked in their respective setting for 15 minutes, and spent 15 minutes sitting on a chair observing the setting. The forest group had lower cortisol, lower pulse rates, reduced blood pressure, increased parasympathetic nervous system activity, and reduced sympathetic nervous system activity. The study didn’t have a very large number of people, but the results are interesting.

A 1998 paper by Ohtsuka Y1, Yabunaka N, Takayama S. from Hokkaido University discusses a study where 87 people participated in 9 trials over 6 years. The participants showed significant lowering of blood sugar in type 2 diabetes patients  from on average 179mg/dL before walking in a forest to 108 mg/dL after. Was it the plants or the amount of incremental walking? They tested walks between 2 and 4 miles and the results weren’t statistically different when split by walk length. Thist study didn’t include any type of control group to see if the benefits were present with similar exercise outside of a forest. However, it did show a clear benefit. 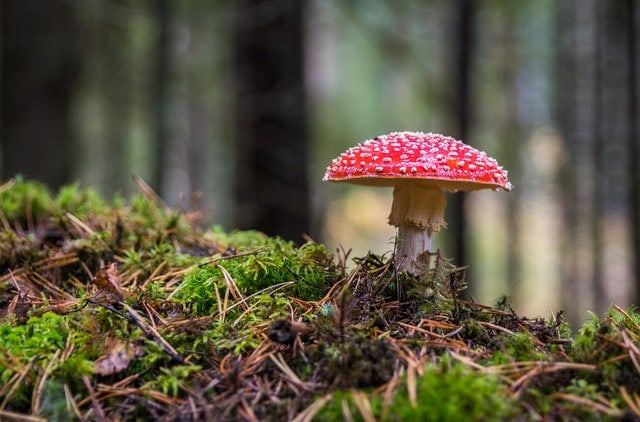 From a plant on your desk, to a day alone in the woods, the benefits apply at whatever scale of experience you have access to. You don’t need to get out into the forest to benefit, there are smaller steps you can take today.

Consider your office. You probably spend around half your waking hours there during the work week. A simple actionable piece of advice is to put a living plant on your desk. This is a small step, and this source says it can boost your productivity by 30%. If you want to take this further, you can do the same thing at home, maybe even consider installing your own living plant wall.

On the other end of the scale, large technology companies are embracing nature therapy in a big way by bringing plants into their offices on a huge scale. Check out this article to see why Amazon, a highly data-driven company, saw fit to install 40,000 plants at one of their locations.

We evolved in nature, and not getting back in touch with it can stress us out. But this techno-stress can be rapidly reversed by getting a little closer to plants, a little more often. Bring a few more houseplants into your home or the office. Get out to the nearest natural space when you get the chance. The benefits are measurable and real.

Take your lunch in a nearby park, or find a living wall if you’re in a dense urban area, they’re becoming more and more popular. If you can increase productivity, feel a little better, and improve some real biometrics that are tied to health, why not?