Home > Houseplants > What is orchid flasking?

What is orchid flasking? 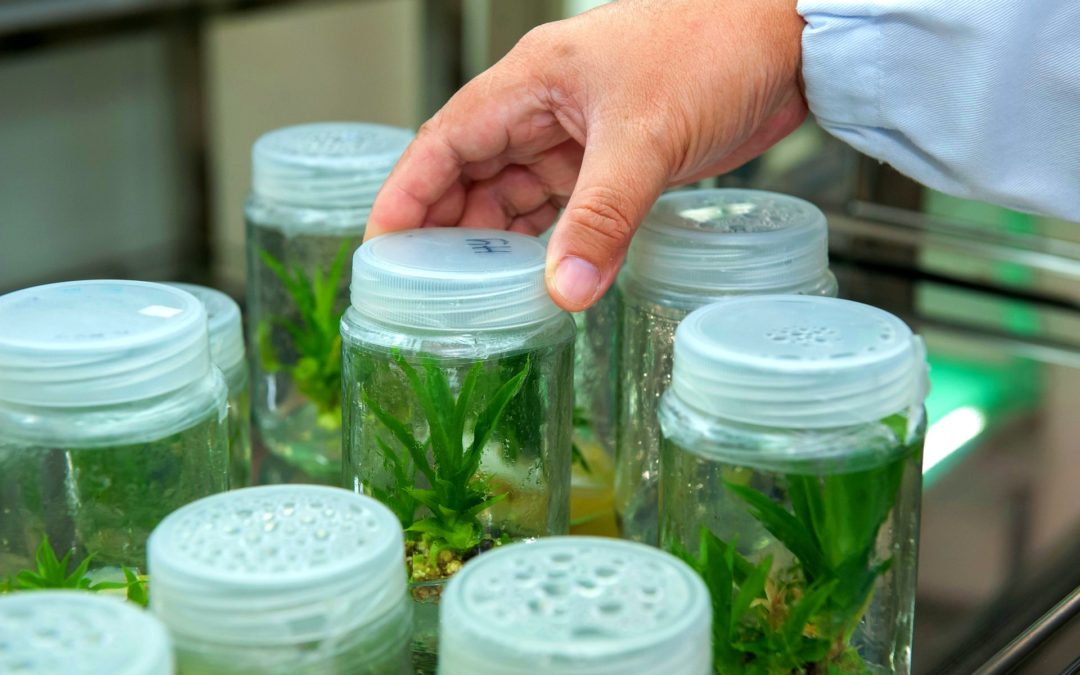 What is orchid flasking?

Orchid flasking in the process of germinating and propagating orchids sexually from seed. Orchids seeds are placed in a sterile flask containing a growing medium (like agar in a petri dish).

Orchid seeds are very tiny (1 gram of orchid seeds can have 3.4 million seeds) and have no endosperm, so the seeds have very very little energy available to them.

Contents hide
1 Do orchids have seeds?
2 How many seeds are in an orchid pod?
3 What is an orchid flasking service?
4 How to grow phalaenopsis orchids from seed
5 How to harvest orchid seeds
6 What is P668 orchid flask medium?
7 How long does it take orchids to bloom from seed?

Do orchids have seeds?

Orchids have very tiny-dust-like seeds that are released from seed pods. Once they germinate they’re referred to as protocorms. The seeds have very little nutrients. Much less than most types of plants. So to overcome this they’ve evolved a symbiotic relationship with fungi called mycoorrhizas.

The symbiotic early stage of life is truly strange. In cooler climates the protocorms can stay below ground without photosynthesizing for years. They’re completely without access to energy from the sun. They live completely off nutrients and energy from the associated fungus.

Eventually they emerge and develop leaves to photosynthesize for energy and sugars.

But the relationship with the fungi continue. Seedlings and full grown orchids maintain their symbiotic relationship. The myccorhizal fungi grow inside the orchid roots. The fungi form hyphae, which are long filamentous fungal structures that spiral into pelotons.

All of this takes place inside the cortex (a part of the roots) of orchids. The orchids then digest these pelotons and get nutrients they need!

How many seeds are in an orchid pod?

Orchid seeds are incredibly tiny. They’re roughly the size of a spec of dust. To give an idea of the size, one gram of seeds from the Asian Aerides odorata contains 3.4 million seeds. (Source).

The seeds range in size from approximately 6mm for Epidendrum secumdum down to 0.05mm for the New Caledonian Anoectochilus imitans.

A single seed pod can have somewhere between 1,500 and several million seeds. There are over 26,000 species of orchids. They come in a lot of shapes and sizes so the number of seeds varies considerably.

This small size makes them perfect for dispersal by wind. When the seed pods open up, the seeds can be spread long distances through the air. And because they’re reliant on their symbiotic fungus, they need good coverage (many many seeds) to make sure some germinate in the presence of this specific fungus.

What is an orchid flasking service?

An orchid flasking service accepts orchic seeds, and germinates and cultures them in-vitro into plants. The process can be challenging and intricate, and very prone to failure. That’s why specialized labs have been created.

The service will usually accept seed pods (called green pods) and germinate the seeds. They will do multiple transfers between specialized growing mediums, under sterile conditions. This is to ensure no diseases are introduced to the orchids.

The growing medium is basically a petri dish. Petri dishes are designed to accelerate the growth of micro-organisms, orchid flasks do this as well. So there’s a real need to make sure contaminants are kept to a minimum.

The flasking service will usually return several to a few dozen seedlings as their final deliverable. Which the customer can then grow into full orchid plants.

An alternative is to take a stab at flasking at home. It’s challenging, but has been done by many  avid orchid enthusiasts with great results. Orchids have some of the largest and strongest fan-clubs of any plant.

How to grow phalaenopsis orchids from seed

Your best bet is to go with an in-vitro flasking service. If you’re feeling up to the challenge, I’d recommend getting a quick idea from this article, but then going down a bit of a rabbit hole and really reading deeper into the subject, orchid culturing from seed can be tough.

The overall idea is to provide orchid seeds with humid aid, light, moisture, and nutrients, without fostering the growth of microorganisms. This can be done in two ways:

How to harvest orchid seeds

The goal is to collect the pod once the seeds are ripe, but before the seed pod have opened, allowing contaminants and microorganisms inside. The seed pod is a sealed environment. Germination and growth of the seeds is much more likely if the seeds can be isolated and harvested.

In the dry seed process, the pod is opened. The seeds are removed, and sterilized. This is a bit higher risk as more unwanted organisms can grow, and the seeds are directly exposed to the sterilizing agent. The seeds are viable for a long time, as much as 6 to 8 months before the pod dries out. Success is more likely with the green seed process.

In the green seed process, the pod is severed and sterilized before dehiscence. (dehiscence is the maturation and splitting of the seed pod along built-in weaknesses. It’s designed to open and spread the seeds, but you want to hijack the process and clean the pod before opening it in a sterile environment.

What is P668 orchid flask medium?

P668 is a growing medium (essentially an alternative to soil) for early stage orchid germination. It’s sold as an all-purpose germination medium suitable for a range of epiphytic orchids.

Organics, vitamins, and other additives:

It contains gelling agent (agar). The idea is to prepare the medium, sterilize it in an autoclave or pressure cooker, and allow it to set in the growing vessels (often flasks). You then germinate the orchid seeds and they grow in the medium!

How long does it take orchids to bloom from seed?

Orchid lifecycles vary considerably based on the conditions, the species, and specific genetics. From seed to a self-sufficient growing orchid can take between 3 and 12 months. The time until the orchid first blooms can be anywhere from 2 to 10 years. Some orchids may never bloom.